At risk of the obvious: I make paintings (and sculpture) because I appear to have an unending need for something stimulating to look at, to build, to accomplish, to learn.

These activities sustain me, elevate me, and assuage my melancholy.

My paintings are mostly abstract. They emphasize form and structure, but not dogmatically so. My visual language consists of clearly delineated shapes and planes, both geometric and organic, set in a shallow space. The imagery is mainly non-referential and admittedly ambiguous. Someone once said my paintings are “in code.” I tend to agree. And it’s a Modernist code whose origins harken back to abstract and semi-abstract painting developed in Europe and America in the early 20th century. It’s been elaborated on, and personalized by multitudes since.

Code notwithstanding, I ultimately try to make a picture, that is, a composed image that has a visual logic to it: a top, a bottom, a near, a far, a sense of light, something implied or depicted with a feeling of completion and resolution. While I’m concerned about each aspect of the work, in the end the whole needs to be greater than the parts – the painting needs to come together. More important, it should invite the viewer to journey into its space and sense of place.

Since I have a 50-year professional background in graphic design with a keen appreciation of letterforms, my visual vocabulary reflects this heritage – I use clear, simplified, well-defined shapes for both foreground and background depictions. I allow these forms to take on archetypal references and allusions to the perceived world, not unrelated, perhaps, to the symbolic shorthand frequently at work in the creation of graphic images. Some samples of my logotypes are on this page.

The sculptures are more intuitive and unstudied than the paintings. I do them as a change of pace. They’re collages of found metal and wood fragments, figurative rather than abstract: some totemic, some whimsical, some primitive, some mysterious. They’re immediate. They’re not in code. Perhaps they reflect a simpler, less reasoning side of my self.

The sculptures and paintings appear to be very different, but I suspect they’re not. They share a formal sensibility. While the paintings are created from whole cloth, the sculptures are considerably more random and assembled from things that have had a previous life and identity. 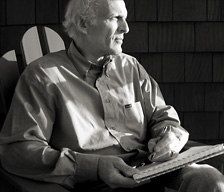 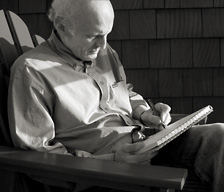 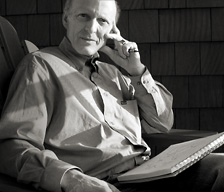